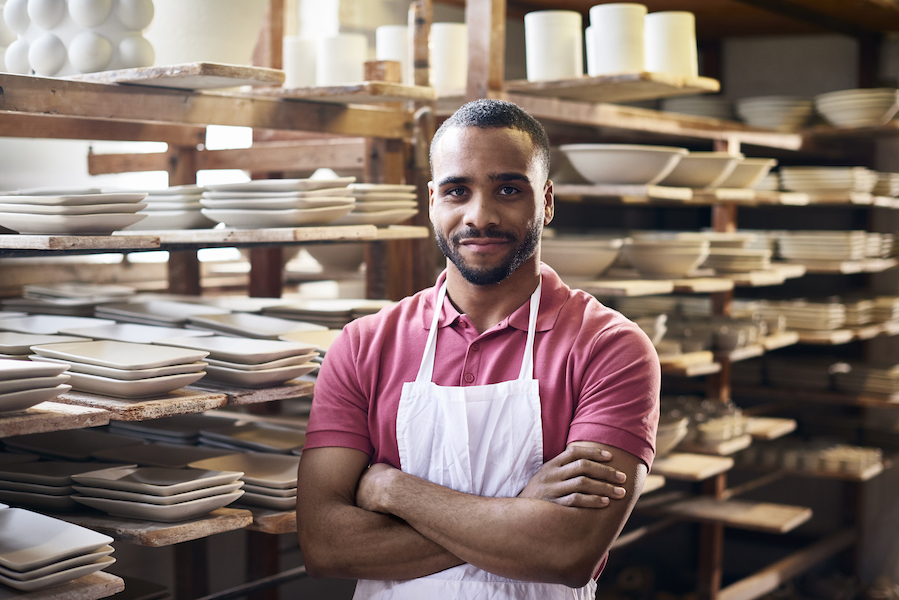 Most of us have something that we want to achieve, do, start, or create. It may be to start a business, generate initial sales, break a million in revenue, or start a blog. Whatever your goal, the dream factor exists and once you recognize it, all you have to do is adjust your mindset and chase it with purpose and determination.

Whether you’re an early-stage entrepreneur building or scaling a business, or you’re still in gainful employment but toying with the notion of starting something, adopting an entrepreneur’s mindset has multiple benefits. You might not be CEO of your own company yet, but as the saying goes you’re “the boss of you.” In other words, you alone are in control of your life and your career. Here are five traits of successful entrepreneurs that you can adopt to mirror their paths to success.

There are times to trust your instinct and times to heed qualified advice. The latter is usually a wise move when it comes to financial decisions or choices that could have major or lasting implications for your future or that of your business. San Francisco based SHYP proved an unfortunate example of failing to heed sage advice about the sustainability of the company’s business model from trusted advisors. CEO Kevin Gibbon later said in a blog post: “People close to me and the business began to warn that chasing consumers was the wrong strategy. After all, how often do consumers ship things? I didn’t listen…While I did heed the advice eventually, I can say with certainty not doing so sooner is my biggest regret.” Despite having raised over $62 million in funding SHYP closed its doors in 2018.

2. Get Over Yourself And Self-Promote

You don’t ever want to end up in a social situation where people whisper to one another “don’t talk to her” because all you do is talk about yourself and your business. Is there anything more mundane than a one-dimensional conversation about somebody else’s revolutionary business idea? That would be no. You don’t need to be obnoxious but you need to be prepared to talk about your business. As Brittany Hearst, author of the best-selling book “Influencer” and a mega-influencer in her own right said: “If you’re not telling your own story, someone else will tell it for you.” So, it’s entirely up to you — control the dialog or read it and weep.

Entrepreneurs understand that they can’t do everything. Successful entrepreneurs understand that they shouldn’t do everything. They know this for two reasons, the first being that there are not enough hours in the day. The second is that we’re all naturally better at some things more than others, and we shouldn’t force nature. While it’s true that you need to wear many hats and get stuck in, the reality is that if you’re really bad at math, then you shouldn’t be responsible for payroll. License some inexpensive software and outsource the problem. Payroll, tax return or cash flow projections are not something you want to get half right.

You need to get over any reluctance you might have to engage in networking. Every entrepreneur knows that the journey is mostly a lonely one, but with that being said it is widely recognized that one can’t do it alone. Your ability to launch and/or scale a product or service, create momentum in the market, hire a team or solicit critical feedback are all related to the scope of your network. Building your network is of the utmost importance, but there are no points for firing out random Linked In connection requests. This is about quality, not quantity. Networking is daunting for many folks, but for the purpose of stepping into your ideal entrepreneur’s mindset, you need only do two things.

First: Every Monday pick three people in your existing network that you know you’d benefit from having a conversation with over coffee, a brief phone call, or even just by virtue of rekindling your connection by sending an email, text or whatever. Now reach out and send them a short message. Seriously… it will take you less than ten minutes and it can be done on your phone.

Second: Every Friday pick two people outside your network whom you admire professionally or who you would aspire to have some sort of relationship with one day. This doesn’t mean that you’re trying to become best buddies with Arianna Huffington simply because you liked her book. This is about finding leaders in your space that you would love to have in your circle. For example, if you aspire to start a blog and write a book one day, who do you look up to that has done exactly that? Who can you find online that specializes in book marketing and promotion? The list is as endless as your imagination, so get thinking— you’d be surprised how easy it is to connect with people of influence, primarily because most people don’t even bother trying.

Yes, set just one goal and make it a reasonable one. Forget about five-year life plans. If your goal is too big it will seem unrealistic in the cold moments of self-doubt. Instead, ask yourself the following. What is the one thing you would love to achieve or accomplish in the next ninety days? Just one. Then make a list of all the things you can think of that need to happen to support that goal. Pick one of them and start it today. It doesn’t matter how small it might be, the simple act of getting started has power in itself and will propel you forward.

The beauty of the entrepreneur’s mindset is that it doesn’t require any formal training or special learning. It is about leveraging innate practices and talents that we all already possess and applying a little self-discipline. So, regardless of what stage you’re at, or what project or dream you are on the precipice of beginning with, you are the boss of you and you are all that is stopping you. The rest is just mind games.

An online store can grow your brand and reputation. Launching a website with Weebly can help you get discovered, expand your business reach , and gain economic independence. Sign up today and start selling your way.

This article was written by Susan O’Brien from Forbes and was legally licensed through the NewsCred publisher network. Please direct all licensing questions to legal@newscred.com.

How Valentine’s Day can Improve Your SEO